YOUR MARRIAGE IS NOT A MISTAKE

You are here:
Total WomanWomen 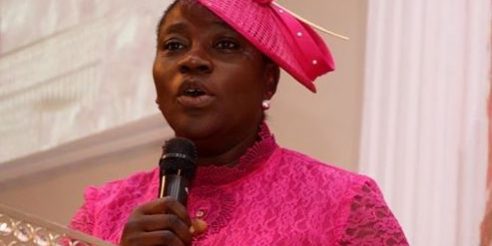 People tend to see their marriages as mistakes rather than seeing the mistakes they are making in their marriages. At this point, they regret marrying their husband/wife, and begin to think of a new partner, imagine marrying an ex, or fantasizing about a marriage without any issues. Except that it is impossible because all marriages, no matter how
perfect the couple seems, will surely have the need for tolerating or overlooking certain things.

Some have divorced or remarried and later wished they had remained with the first spouse, as they found greater trouble with the new spouse whose issues were hidden at the time they were just dating. This is because the first marriage was not a mistake, rather the real mistake had not yet been discovered. So, you can remarry as many times as you like, but you will still experience problems in marriage until you discover the mistakes you are making and correct them. Therefore, divorce and separation are not solutions to consider at all when you are having problems with your marriage.

When your car has a flat tyre, you do not abandon it but repair the tyre and move on. Also when you have headaches, no matter how excruciating, you do not cut off your head but take care of the headache by resting or using the appropriate medicines. The same with your bulb when it blows out, you do not change the room or house, instead, you change the bulb. So, when your marriage has an issue, you do not have to change your spouse but change the attitude that is creating the problem.

The couples whose marriages you admire and cherish, while yours looks like the opposite, have been able to accomplish it because of the work they have done. They have worked on their marriages by paying the necessary price which is why they are enjoying the fruits of their labours. The way you make your bed is the way you will lie on it. Your marriage is good and your partner is very okay depending on what you sow in them.

Some couples, because of the negative things they are seeing in their marriage, blame each other for being responsible. They point accusing fingers at one another, while others say many bad things about their spouse, even calling them names. Some think that they made a mistake in marrying their spouse. It is not your marriage that was a mistake but your habits and character such as anger, unaffectionate and unloving attitude, unforgiveness, and mistrust.